The question of how long does it take may never be answered, because you don’t know how many are in the queue in front of you and you are never emailed back about the decision, or do they just disappear into a black hole never to be seen again?

As a Google TC I have the luxury of escalating inappropriate / fake reviews direct to the team to take a look at. For the purpose of this article I have not used my escalation path and used the Flag and Fix path that normal users would have to take. I have also NOT used any of the channels to contact business support.

This is purely using the Flag and Fix channel: https://support.google.com/business/answer/4596773

I came across this restaurant in the news, Carlini Italian Restaurant, I wont go into details but apparently the chef used cheese in a Vegan dish and boasted about it. Naturally people want to vent their frustrations at the business and they do this with reviews which is a violation of review guidelines, as they have never used or visited the business.

Ten days ago I flagged five of the reviews as inappropriate. I did have a slight panic moment thinking I should have used a virgin account to report them thinking my normal account may have some kind of priority tick next to it (as a Google TC), no such worries there as they have not been removed and they continue to grow.

This again highlights the fact that Google needs to have a Yelp System in place where they monitor the news and put businesses mentioned in a negative light on some kind of watch list (Google Needs a Yelp Check).

This also clearly shows that there is a lack of any credible spam algorithm in place for reviews, (There is No Google Review Algo) if there was it would have picked up on the mass amount of negative reviews placed in such a short space of time …. not rocket science. 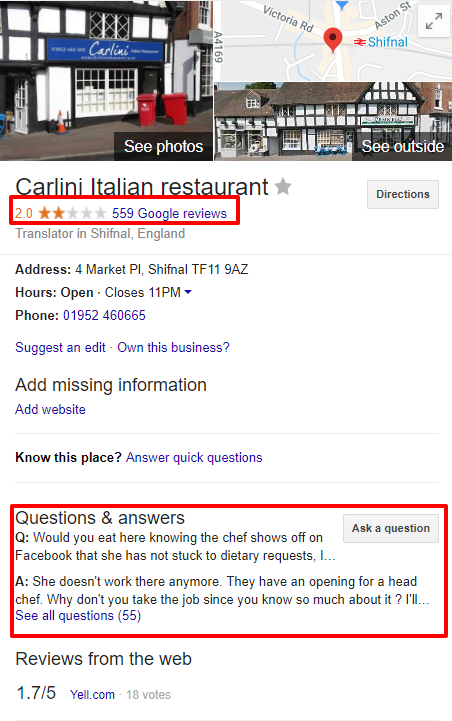 A user has also changed the category of the listing to Translator as well as users spamming the heck out of Google Questions & Answers.

I have also not asked other people to flag the reviews, this should be a single user reporting these reviews, but I have no idea if other people or even the business owner has flagged these.

The Flagging Inappropriate Review Back Hole

I have taken the decision to let this run for another ten days, although I may have shot my test in the foot by publishing this now, but I cant in good faith allow Googles ineptitude to monitor its reviews and Q&A to plaque this business any longer then necessary.

I will update post in another 10 days and then escalate the reviews and Q&A for removal.

Google has cleaned up all the inappropriate reviews and Q&A (although a new one already posted). 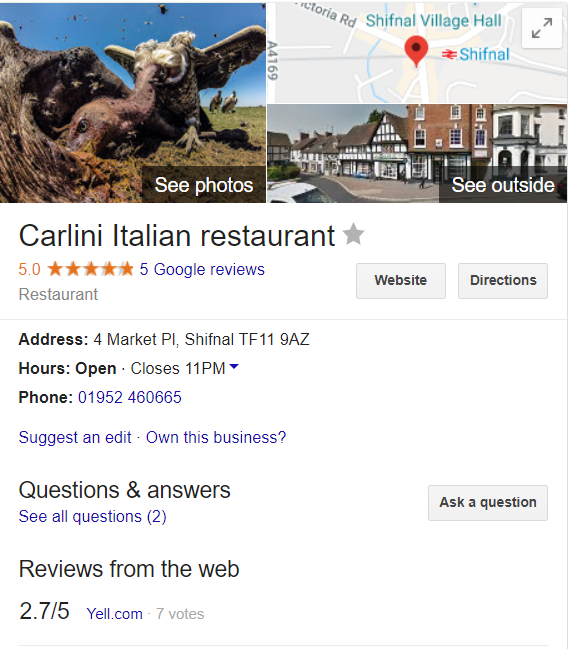 Assuming that the business did not reach out to Google Business Support, then using the flag and fix method took 20 days to be manually reviewed and removed.