Google announced on August 6th that they have launched “in-depth” articles in the search results. This is only at the moment being shown on Google.com.

These results are ranked algorithmically based on many signals that look for high-quality, in-depth content.

Currently the in-depth articles are appearing at the bottom of the page. The placement could increase up the page after the testing phase is complete. A Google spokesman did say they would appear “centre page”. 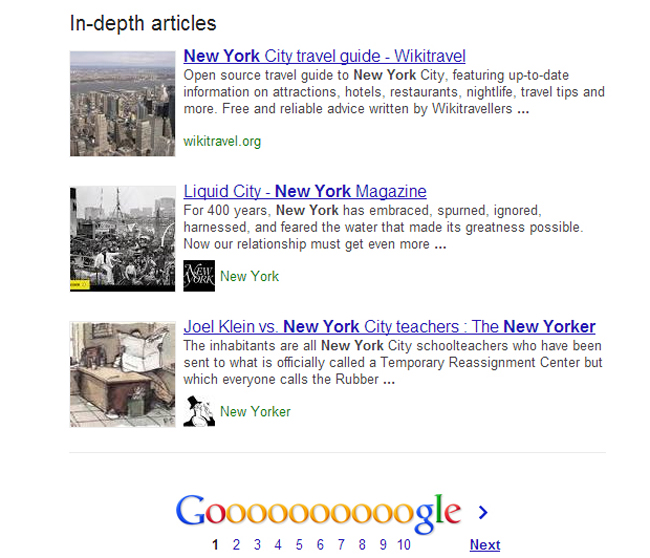 At the moment the only sites appearing for in-depth articles are Authority sites.

How do I get included In: In-depth Articles?

As mentioned above Google only includes authority sites in the in-depth articles appearing, however i personally see this as a great opportunity for “regular” sites to appear within these in-depth articles. only time will tell if they do follow through with this.

Google provides a set of steps you can take to be included within the in-depth articles:

I thought i would also mention that none of the sites appearing within the in-depth articles actually incorporate any of these markups, but as we always say about Google : Do as we say, not as we do !

Step by Step to be included in: In-depth Articles

I am going to run through how you as a local, SME business can implement these steps, so that you can be considered for in-depth articles.

This is the most complicated section and would take a developer to install on site, However, i will show you how to do this without the need of a developer, after i show the schema.org 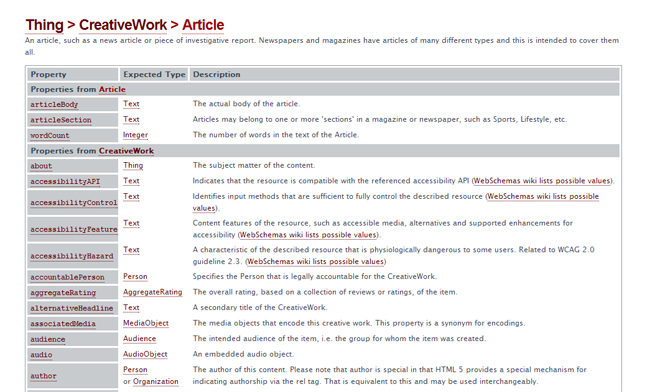 If you are using wordpress you can install Schema Creator by Raven this is a handy plugin that allows you to add schema markup to the page before you publish. 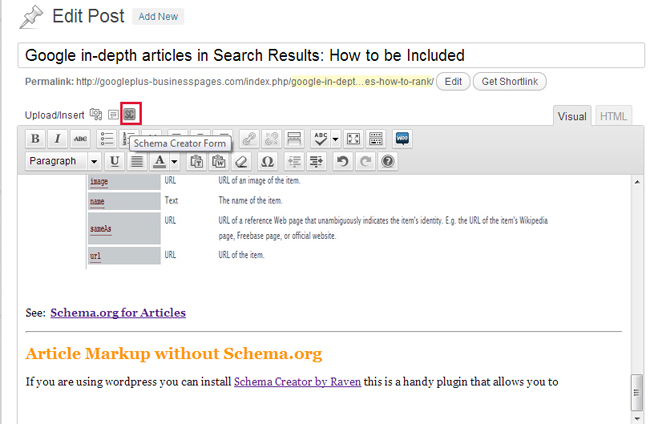 If this seems a little daunting then the next option is Google Data Highlighter in Google’s Webmaster Tools connected to the site.

Log into your Google Webmaster Tools and in the Structured Data Section, select Data Highlighter. When prompted with a url, add in an article url that has been indexed then proceed to work through the markup.

The highlighter does what it says on the tin. Select the section on the left, starting with title, when you stop a little drop down appears and you select the attribute.

Problems may occur, or rather Google may not be able to find the author unless you add your name in the same place all the time. The rest should not be a problem.

Google then provides you with a page set (to get an idea of the layout) work your way through these, remove ones that are not articles. 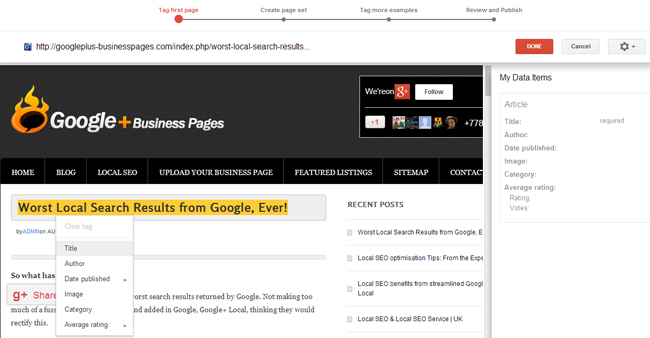 The rest of the list required have all been covered before :

So there you have it.

My take on this. If Google provides us with an opportunity to appear within a subset, then lets all take this opportunity. At the moment only authority sites are appearing, but Google does say they want to include greater information ( pinch of salt ). But i feel that a specialist, niche site does have a really good opportunity to appear in the in-depth article subset.

This is only appearing Google.com, so i will update as and when we see a Google.co.uk rollout.